It’s been a long time since I properly updated this blog and so many things have happened, I haven’t known where to start. There’s a lot I have no idea how to begin to explain. I’ve learned so much over the past few years and although there have been many times I’ve despaired or wanted to give up, I truly am grateful for everything these experiences have taught me.

The last post I wrote was at the beginning of the pandemic, but I need to go back in time a bit to explain what happened from there…

Since childhood, I always experienced back and neck pain. I saw countless osteopaths, but the pain and tension would never really go away. It’s something that was always pretty normal to me, as I don’t remember not having it. It just remained throughout my life like radio static always on in the background, with the volume sometimes increasing so much as to jolt me up and I would urgently seek out an osteopath or physio, or try Pilates, and then at other times decreasing again to a level I could go on ignoring. One year at uni things got so bad I would wake up in the mornings barely able to move, but as there was no solution I just carried on (I’m sure studying didn’t help!) I also got some weird injuries over the years without actually doing anything…

Around the time I got ill officially, I was really trying to “solve” this pain problem. I had a vague notion it would be nice to heal it with exercise, rather than having something “done” to me, as relief was always temporary. I tried yoga, Pilates, physio, Rolfing…but as I got more unwell, I could do less and less exercise or even movement past getting off the sofa. So I reverted to managing it, doing an often-lengthy series of stretches before I went to bed each night, just to get my body into a state where it would be comfortable enough for some broken sleep. I put the pain into the box of “things I will sort out when I’m better” and just accepted I was likely to continue to be in a lot of pain until I could exercise again. The doctor offered pills to relax the muscles, which I didn’t find helpful. I would often wake in the night in so much pain I’d spend hours awake stretching or lying in the bath.

It wasn’t until year 3 of illness that a physio pointed out this was contributing to the fatigue (seems obvious now!) When there are structural imbalances the energy can’t flow properly – breathing is restricted, sufficient oxygen can’t reach the brain and the vagus nerve is affected, which plays an important role in the autonomic nervous system. But despite some initial improvements, we couldn’t work out how to get my body out of the position it was stuck in. Things got worse. I was waking up in high levels of pain, my brain stuck in a thick fog. I would desperately try to do movements and stretches to get myself feeling something resembling “alive”. It usually took most of the day and I would have a very tiny window of semi-functional hours.

Towards the end of 2020, my neck got worse during car journeys. Just being a passenger, I started to feel extremely nauseous and would be able to feel every single bump the car went over, in my neck – to the point where I had to lie down on the back seat with a neck brace to go anywhere. It was excruciating. I would get out of the car after just a short journey feeling like I’d been spun around on a fairground ride, unable to speak and have to spend the rest of the day in bed.

I realised these were symptoms of CCI (craniocervical instability – increased mobility where the skull meets the spine, often related to a connective tissue disorder). The ME campaigner Jen Brea, who had a very extreme case, has written extensively about the connection between CCI and ME here. Dr Perrin also sees ME as related to biomechanical disorder and writes about the buildup of toxins and fluid on the brain due to structural damage or hereditary dysfunction, which leads to reduced lymphatic drainage points, here. I am also quite hypermobile, which explained a lot of the strange injuries I’ve had in the past and has a connection to CFS, fibromyalgia and dysautonomia – the lack of collagen in your connective tissue means your muscles work overtime to keep the joints together and can cause dysregulation in the autonomic nervous system. A lot of this is very under-researched and pretty much impossible to get diagnosed on the NHS, meaning most of what I’ve done has been privately and through my own research.

So in a sense I missed the pandemic as I wasn’t able to go out anyway, or focus enough for Zooms.

However, the good news is this decline pushed me to go deeper. I want to stress that it’s been a long combination of things that have helped, a lot of which I’ve been working on every day for years. I’m still learning all the time. But looking into CCI, trauma and its role in illness led me to a treatment that has been really helping both pain and energy levels, which I hadn’t expected. It’s called Network Spinal Analysis and is done by a chiropractor, but isn’t actually “chiropractic” in the traditional sense, ie. there’s no manipulations or cracking. I’ll write another post on it, because it’s tricky to explain and like a lot of things I’ve tried, a bit out there…It’s basically about gradually releasing tension that has been stored in the body due to stress- whether this be emotional, environmental, biological – which creates patterns of holding and misaligned posture. The idea is that it teaches the body to react better and then it can realign itself to a more optimal position. I also did neck strengthening exercises for the CCI and gradually built up the amount of time I could sit upright. It’s still a work in progress and there’s a lot left to unwind, but I’m so grateful to have found something that is truly making a difference to me.

I also started somatic experiencing, polyvagal exercises and last year started Cathleen King’s course, Primal Trust, which brings together a lot of these concepts with Internal Family Systems and brain-retraining. The course ends next month, so I’ll write about it once I’ve finished, but so far, I can say it’s been pretty transformational – I’ve tried a lot of courses, but this one is really different.

I am by no means near recovered. I still struggle with a lot of daily activities due to the fatigue and brain fog. But there has been gradual progress and things feel generally clearer. I’ve had some incredible “firsts” since getting ill – there really is no feeling like being able to do something you once took for granted, that seems so mundane to most people. Just going for a short walk down the street and feeling “OK” can be a truly mind-blowing experience when you haven’t been able to do it for so long. Or being in a room full of people when you’ve barely seen any for years (pre-dating the pandemic!)

Of course, being able to do more has its ups and downs and there is a lack of consistency, ie. I can do something one day, but I can’t for the next week or month, as I experience “payback” in the form of fatigue/pain/brain fog. So it can be very confusing as I gradually emerge into the world a little more, but constantly managing an invisible condition that can feel like a playing a game where the rules change every day. Navigating a world that has very different values and focus to the ones I’ve cultivated in the past 5 years has also been interesting.

I’m excited to share some of the things that have helped me in later posts, because I’ve gained so much knowledge from other people kindly sharing their journeys. I really think one of the keys to healing is community; over the years, talking to people on similar paths has given me new perspectives and expanded the realms of what I believed was possible. What helps is different for everyone, so I can’t say what would work for anyone else and I think each person needs to take their own journey in transforming illness. However, I think sometimes we read about something and perhaps it isn’t the right time for us, or we aren’t ready or strong enough for it, but it plants a seed. Then when the right time comes around, we see it again – and it just clicks into place. 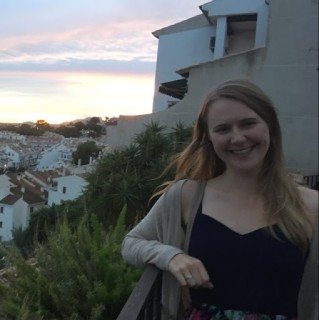